How Often to Season Cast Iron? 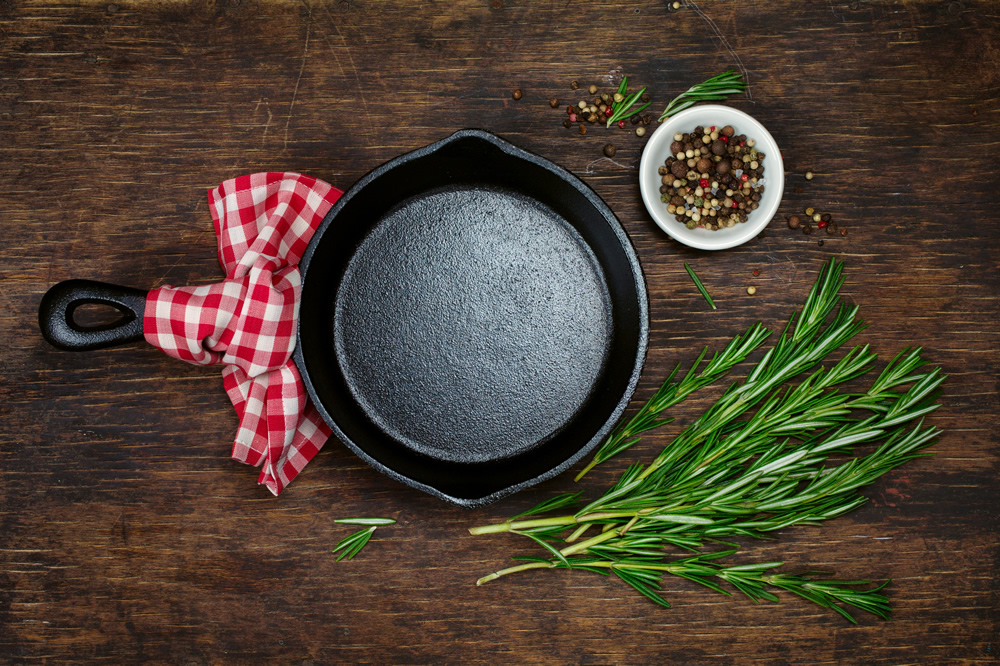 Even pre-seasoned pans and skillets must be manually seasoned to guarantee that the cooking surface is ready and protected. If you take good care of your pan, you won’t be re-seasoning it all too often.

While there is no fixed schedule to seasoning cast iron, there are certain factors which show you that your cookware needs to be seasoned. We’ll be showing you what to look for so that you know how often to season cast iron.

Season Your Cast Iron More Frequently at the Start

The more you use your seasoned cast iron, the stronger the layer becomes. Similarly, re-seasoning your pan more frequently in the early stages of use guarantees a good patina. Eventually, your cast iron will be so well coated that keeping it lightly oiled will be good enough to hold for months if not years. Even though a well-seasoned pan will last long, it’s still far better to season every few months.

If Your Food is Sticking, Then It’s Time to Re-Season Your Cast Iron

When cast iron is seasoned correctly, it is a nonstick cooking surface. For example, you should be able to flip a crepe on a cast iron pan without it sticking at all. If it does stick, your seasoning needs to be reapplied. Certain types of food, such as delicate fish can’t stand the high temperature of cast iron cookware and will inevitably get stuck. However, for all other food, you shouldn’t encounter any problems, and when you do, it’s a surefire sign that you need to season your cast iron cookware properly.

Well-seasoned cast iron carries a glossy black veneer. If your cast iron is starting to fade and is beginning to turn a dull grey instead of a bold black, then it’s time to re-season. You may notice that only certain areas of your cast iron start losing their color. You can simply re-season straight over the existing layer after giving your cast iron a rough scour with a dish sponge scrubber. If the greying is too widespread, you’ll need to scour your cookware down to raw cast iron so that it can be seasoned from the start.

Look for Signs of Discoloration

When the patina of your cast iron starts to show areas of discoloration, it’s time to season again. Discoloration indicates that the protective layer is degrading in certain areas. It can also mean that rust is beginning to form. Either way, it is best to scrub your cast iron using a dish sponge scrubber and a little soap water whenever you notice discoloration. Dry your cast iron and then season it to reapply the coating.

Spot of Rust? Restore Your Cast Iron — Don’t Retire It

There is a very high likelihood that at some stage your cast iron will develop slight rust. The most common type of rust is profile rusting. It shows up as light rust across the surface of your cast iron. You’ll also be able to feel its texture. Profile rust is very easy to fix, taking little more than a rigorous rub down with coarse salt and some oil.

More stubborn, deeply set rust spots can be removed with steel wool followed by a dish scrubber. It may take a while, but with a little hard work, even the nastiest spots can be scoured out. If you want to save yourself the effort or if you have a pan which is really badly rusted, take it to a machine shop and get it sandblasted instead. This will give you cookware blasted to raw cast iron, allowing you to season from the start once again.

Lightly Season After Each Use

Never store food in a cast iron pan as it’ll ruin the seasoning, and the flavors can pull into the cast iron. Make sure that you clean your cast iron properly before applying a light layer of vegetable oil (preferably with a high smoking point). Heat the cast iron for a few minutes and buff away any excess oil with a cloth before allowing your cookware to cool. This guarantees that there is no chance of rust, and every act of light seasoning strengthens the patina, which gives you a better cooking surface.

As you season your cast iron over and over again, you are strengthening the patina which gives you a cooking surface which improves over time. The better your patina, the better the nonstick nature of your cookware as well.